Sometimes, when I read stories in the Bible, I just don’t understand. I read the text. I study the text. I understand the context of the passage, and I can even make sense of the Greek and Hebrew languages.

But being able to read the text doesn’t mean I understand the text.

Let me tell you where I’m stuck. In my personal Bible study, I’m reading the Gospel of Mark. I’ve come to Mark’s account of the crucifixion. I understand what happened. I can see how the enemies of Jesus were threatened by His teachings and personality. I can see how all of the power groups could agree that something had to be done about Jesus. I can understand how Jesus threatened the political, religious, and social structures.

I understand why Pilate made his decisions, and I know how brutally efficient the Roman soldiers were. I’m overwhelmed with how gruesome death by crucifixion was. I know the embarrassment and humiliation of being abandoned and denied by friends.

But here’s what I don’t get.

I don’t get how Jesus did it.

You see, I know what it means to be human, and Jesus was, after all, fully human. He got angry. He got tired and frustrated. He got hungry and thirsty. Yet, He never lost it. I would think that with all that was done to Him in His final hours, He would have lost it. He didn’t. I would have. All of us would have, but He kept it all together.

They lied about Him. They said He wasn’t the Son of God. Didn’t that get a reaction? Then, they said He didn’t know God at all. Really, that had to be infuriating. How frustrated was He when He had to face the political pretenders Pilate and Herod? Did He want to show them – show them all – who He really was and how wrong they all were?

I would have. I would have lit the place up with a divine power show of lightning and angels of death. You probably would have too.

Here is why I was so intrigued. We have really taken a hit in the last couple of years. 2020 was, by any measure, one of the most challenging. (Talk about an understatement.) In Nashville alone, our year started with tornadoes and never got better. Others in our nation were hammered by hurricanes and chased out of their homes by wildfires. Then, to top the year off, we had a presidential election.

By the end of the year, as a nation, we were tired, frustrated, angry, and just fed up. We were worn out. How did we react? We marched in protest, we burned our cities, and we got in fights with each other over toilet paper in Walmart. It wasn’t our finest hour.

And it gets worse. The numbers are heart-breaking. Alcohol consumption is up. Addictions of all kinds have increased. Domestic abuse, depression, and threats of suicide are all jumping off the charts.

By any measure, we’re just not handling this moment very well. Whatever Jesus had – a deep
spiritual resiliency – we don’t have.

Why not? We’re not heavy enough.

Do you remember the wobbly clowns we would box when we were kids? No matter how hard you hit these clowns, they would always bounce back. The secret was these clowns had a bag of sand in the bottom of the blow-up figure. The weight of the sand always pulled the air-filled clown back to its upright position.

Most of us don’t have this kind of weight holding down our lives. When we get knocked over, we just stay down. Few of us have the needed stamina and weight to bounce back once – much less keep bouncing back. We just don’t have enough weight to keep pulling us back to the upright position.

Jesus did. Where did Jesus get this kind of weight?

Another way to interpret “glory” is “weight.” Weight has to do with mass and mass determines gravity. The larger the mass, the stronger the gravity. Jupiter, the largest planet in our solar system, has much more gravity than earth. The sun must be large enough to provide the gravity to hold our solar system together or the planets would drift off into deep space.

Our lives are the same way. We need weight, ballast, to hold our lives steady in the storms. How do we do that?

The same way Jesus did.

He is, after all, our model.

We memorize Scripture. Have you ever noticed how much Jesus quotes Scripture from memory? Not only that, how Jesus reveals the deeper meaning of the passage He quoted? When we memorize Scripture, it becomes part of our brain fabric that shapes our thinking and our worldview. Not only that but we’re constantly engaged with God’s eternal perspective on our choices and life decisions.

We pray. Jesus would pray all night long. His prayers were deep, powerful engagements where His identity was confirmed (This is my Son) and His mission defined (This is the reason I have come). Jesus never lost that confidence. He always knew who He was. He always knew what He was supposed to do.

That’s why, whenever Jesus was knocked down, He was able to pop right back up. He was heavy enough to take the pressure. The gravity of God held Him in His place.

If COVID-19 has taught us anything, it’s taught us this: life is going to knock you down. Sooner or later, life will catch everyone, and down we’ll go.

My prayer for each one of us is that we are heavy enough in the glory of God that even when we’re knocked down, we always bounce back up. 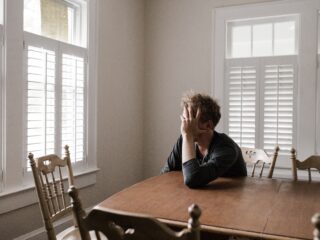 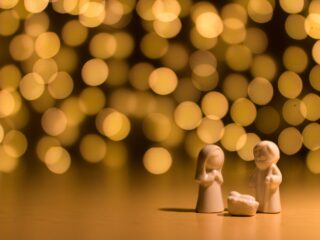 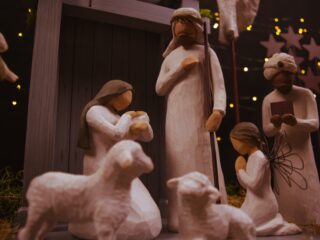 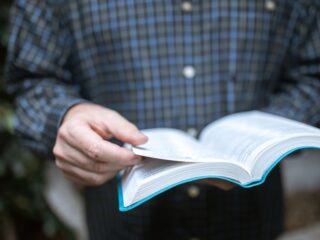 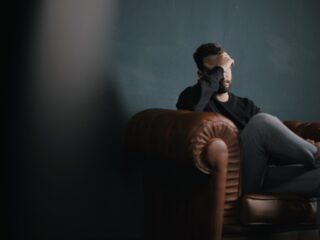 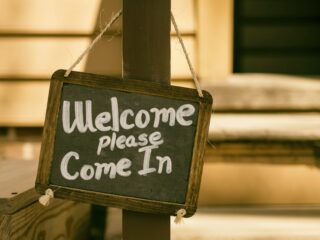 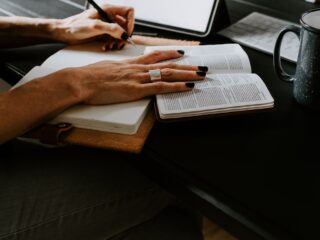 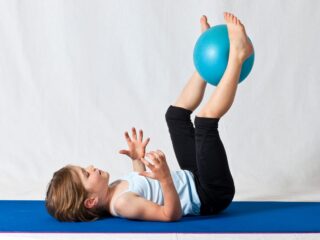